I have always loved to dance. As an adult adoptee, a bio mom, and an adoptive mom, I dance between love and loss regularly. I dance with joy over small victories and small signs of acceptance. I dance to escape pain and to avoid obvious rejection from my family(ies). Let me continue to dance with the pain, the understanding, the surrender, His plan, and not faint.

The Ball in the Machine 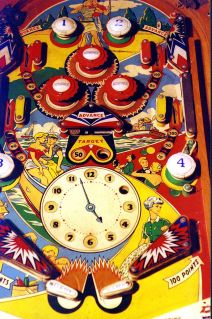 A few years ago (about November of 2007–to be exact), I was “shot” like a pinball out of a pinball machine shute.  What happened?

Well, to be most exact and accurate, I was shot like a cannonball at birth; however, because of various circumstances (great parents who instilled in me a high self-esteem and God’s protection are my two best guesses), I survived the initial jolt well.  I was placed for adoption at birth.  Let me rephrase that; I was relinquished by my birthmom and separated from her, my mother whose voice I knew in the womb, whose heartbeat I recognized, whose breastmilk I could have detected amongst samples of nine others within twenty-four hours if given the chance (according to recent scientific studies), whose emotions I shared, whose nutrition I also received, and whose . . . secret I was, at the age of  . . . well, immediately.

Yep.  Immediately. From what I’ve been told, I was born with my birthfather at my birthmom’s side, she held me, and then that was it.  I spent three days in foster care.  After adjusting to that environment, I was placed in the cradle of my parent’s family tree.  Scientifically, more and more, research is showing that the baby is deeply affected by this.  Each change of environment, each relinquishment, and each loss develops a brain differently than the babies who are born and kept by their moms.  OK.  So, I was a baby.  I didn’t “know” what I was going through, I was just going.  And, to carry through the pinball idea . . . I was bounced by a couple of bumpers until I got to a safe place (to my parents who raised me and are the grandparents to my children today).

Here is the real bumper though, for me, it seems.  I heard the phrase “your birthparents loved you soooo much, that they . . . ,” and you can fill in the blank about placing me with parents who could provide well for me/give me what I needed.  So, when I felt compelled (as never before) to seek out these birthparents who “loved me so much,” never in a million years did I expect to be rejected again.  I thought they would be so happy that I found them, or that they had maybe been looking for me–that they would be as happy to know that I was alive as I was to find out from an initial report that they were alive.

Instead, my “aliveness” seems to have horrified them. I don’t know what to do.  They gave me life. They did not physically abort me.  I carry their genes.  I carry more of them than I even know because they refuse to let me know.  I would like to thank them.  My parents expressed a desire to thank them once they were found. . . .

This shot me out of the shute like a pinball.  Since that time (November of 2007), I have bounced from one bumper to the next (again).  Can you picture a pinball bouncing all over the machine from one bumper to another?  That is what I have been doing ever since I searched for them (with my parents’ and my husband’s blessing) and they said “no, thank you.”

Why have I been bouncing off of bumpers?  One reason:  to numb the pain.  Fill in the blanks.  If you are an adult, you know what kind of self-medicating options are out there to try.  I have tried many, thank you.  Another reason:  in hopes of being wanted.  Fill in the blanks.  If you are an adult, you know what it feels like to be “wanted” in several forms.  I wasn’t wanted twice by my birthparents.  That was hard to swallow.  So, I have gone wherever I was potentially wanted.  Another reason:  I lost my rudder of “your birthparents loved you soooo much.”  That was a truth in my life revealed to be a lie; and believe me, I still hold out hope that I am wrong.  I hope beyond all hope that they really do love me soooo much.  Yet, to me, loving your family looks very different from what I have experienced to date with my birthfamily; but I will probably still always keep hoping.

It is strange and sad to me how being a pinball has affected my life and my family for the last four and a little more years.  I want to chant “four more years, four more years, . . .” and then say “No Way!”  I do not like bumping up against bumpers.  Although, I will admit, the bumpers hurt and the bumpers teach.  Apparently, I learn best the hard way.

Still, I don’t want my life of being a wife and a mother of five to be defined as a ball in a pinball machine.  That trajectory that took place not only once, but twice in my life, must be tapered.  I do not regret (strangely) the “bumpers” that I encountered.  No.  But they can no longer be the definition of my life.  Right?

Dancing with a Gorilla

Always in the Prime of Your Life

From Instant to Forever

They came to me in an instant. That instant began our forever.

All of this has happened before, and all of this will happen again

By: Racing the States

A young scientist that runs...a lot

Pearls Of Blissdom by AntheasChronicles

It's the little things that make life blissful!